What is French Roast Coffee? Answering Your Curiosity: If you’re a guy from Western Europe who is drinking French Roast coffee, you’re probably consuming some of the world’s darkest, robust coffee available. However, if you’re from the USA, French Roast’s idea might be alien to you.

Whether you prefer light, medium, or dark roasted coffee, you might have been asked, but regionalized epithets, like French roasting, might well seem some modern voodoo. But in reality, French Roasted coffee is just a coffee that has been roasted far beyond the point where one can no longer taste any of the bean’s subtleties.

This charred and smoky flavor of the coffee was a popular staple in Europe in the 19th century, and it has retained its charm today. We’ll go over exactly how dark French Roast coffee is in this article and how you can make a cup at home! We will address the flavor in more detail and compare other dark roasts like those originating in Spain and Italy.

What is French Roast Coffee? Difference Between French and Other Types of Roasted Coffee

Think of the French Roast as the fourth and highest, light, medium, and dark quadruplet category. The name itself comes from the coffee beans’ color after they are roasted, and French Roast coffee is the most that can be roasted as a coffee bean. There were several attempts to measure that.

America’s Specialty Coffee Association has designed its scale to differentiate between coffees of various roasts by rating them on a range from 25 to 95, where 95 is the lightest roast. French Roasted coffee scores about 30 somewhere, so it’s still one of the darkest coffee you can buy.

At the same time, it is also true that other types, such as Italian roasts, are even more oily than French ones, and some think it is stronger than French roasted coffee or Spanish coffee. The conclusion about which the darkest is, however, comes down to individual taste. But it is undeniably true that it is difficult to say the difference considering how long these beans have been roasted.

From Where Should You Buy French Roast Coffee

There are some differences between the commercially available French Roasts in North America and the product that Western European citizens have the luxury of consuming. Sometimes, the coffee sold in the former may be comparatively less dark to suit the region’s palate, which typically falls on the milder side. If possible, get beans which you know were imported from France or the countries around you.

You can also find several packs called ‘hot French coffee’ or ‘black French coffee’ when shopping. The former is also often referred to as the Full City or Full City + roast, but they’re milder than the traditional French roast, true to their name.

How You Can Make French Roast Coffee? 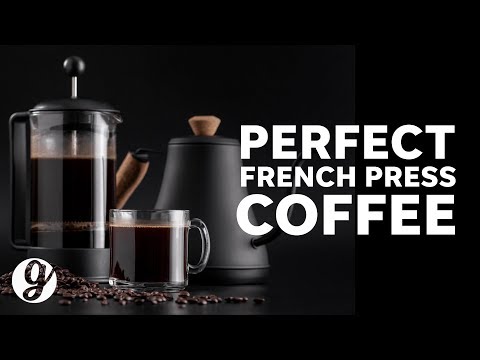 In addition to the hassles of buying French Roasted coffee, you can easily roast beans at home using either an oven, a roaster, or merely a pan! Even using a popcorn popper, like this one, you can get away, but be careful while doing so, and be sure not to do it regularly, or the popper might crack. If you heat the beans on your vessel option, the initially green beans turn yellow as they are heat-exposed.

After about four minutes, you’ll hear two cracking noises. The first crack shows the bean spreads, and the color darkens. The ‘second crack’ signature, which is heard during this cycle, signifies that the beans’ walls have cracked open, allowing the oils to rush to the surface.

At this stage, the beans’ internal temperature rises to a level of 464o Fahrenheit. Heating them any higher will cause them to burn out entirely and pose a possible fire hazard. Having heard the second crack, wait about 30 seconds to a minute longer before cooling down the beans.

The long roasting cycle comes with the consequences that the majority, if not all, of the beans lose their antioxidants and other safety components. Some studies have suggested these beneficial chemicals are retained by lighter roasted coffee. There’s no ‘harm’ to suffer from drinking darkly roasted coffee, though! As described earlier, all the coffee bean’s natural flavors vanish by this point, and what remains is an intense, bitter (sometimes bittersweet), charred coffee. Like this one from San Francisco Bay Coffee, French Roasts have a thin body with minimal acidity and a consistent taste that appeals to many who swear by it.

If you feel your coffee is a little bit too bitter, try grinding the roast finer next time. Find out why burr coffee grinders are a must with this Coffee Sash item compared to blade grinders. This will help the sugars extract more effectively. Rarely, French Roast coffee may also retain a slight vanilla or berry flavor, despite the high heat levels to which the beans have been exposed.

It is important to note that while French Roast coffee tastes stronger and bitterer than other roasts, caffeine is neither lower nor greater than different roasting levels. However, many beans will contain the same weight of coffee, taken from dark roasted and light roasted piles. The former will have more beans because, although caffeine is not lost in the roasting process, other elements such as moisture reduce the weight of the coffee.

There are two things worth knowing about French roast coffee, which have not been mentioned so far. Firstly, because of this type of coffee’s flavorless taste, companies often use below-par quality coffee beans, which contain flavor defects and have had some processing malfunctions. But once roasted up to that degree, recognizing the good from the bad is challenging. The official expression for this coffee bean grade is Robusta.

Second, claims have been made that consuming French Roast coffee supports economies in developing countries whose weather conditions are not suitable for harmful ways of growing coffee. Since these defective beans’ value is lower, but there is a steady demand for them, workers are forced to operate on peanut-equivalent wages.

The Coffee Roast that Is the Darkest

At the point of no return, French Roast coffee is. It’s choosing the dark side, but if you grow appreciation of the taste and consistency on this one, there’s nothing wrong with going dark! French roast coffee and its Italian and Spanish equivalents are the fourth group of roasts. It is a unique tasting coffee that does not preserve any of the original flavors of beans, and that is exactly why so many are loyal to their French roasts.

Conclusion: What is French Roast Coffee

In our view, coffee has much more to offer in the flavor department than the most frequently presented ashen, burnt profile by a French roast. But if you’re set to buy one, we recommend opting for one that leans lighter, for the sake of storage and for the sake of having some sweetness out of a French pressed brew.

Besides, if you’re merely interested in exploring darker roasts, look from a reputable company toward a Full City or Vienna Roast. These roasts may be more decadent and rich in smokier flavors rather than charred ones. So, this article was written to help you find out the answer to French Roast coffee and what makes it so unique. Read through the article and learn about French roast coffee.