Cold Brew vs Hot Brew? Main Differences and Benefits: There are many different ways in which coffee is brewed, but the two we’re talking about today are cold brew and hot brew as they’re the two most notable variations you’ll find in just about every coffee shop. In this article, we will cover these two types of brews, find out the main differences among them and lastly, we will talk about the health benefits that both of these brews give.

Cold Brew Vs Hot Brew: All Differences You Need to Know 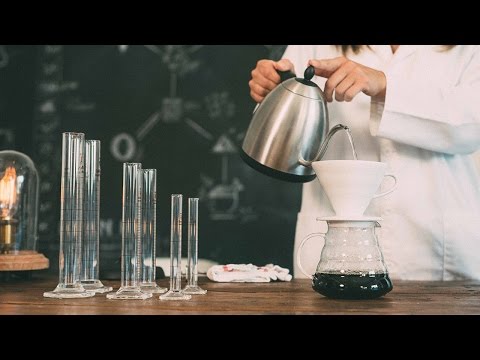 When compared, there are plenty of differences between the two, including the flavors you could expect from a cup of coffee to their levels of caffeine, you’ll probably prefer one over the other black. So, what’s the difference between a cold brew coffee and a hot brew? Now let’s look into it.

The clearest difference between traditionally prepared and cold-brewed coffees is the equipment that you will need to use to make it.

Hot coffee needs heat, and if you want more variety with your batch you will need an electric coffee maker, a coffee grinder (if you buy whole beans), or a kettle for that heat. There are many hot coffee brewing varieties, from French pressing to pour-over, drip to Aeropress; you will find a ton of options at varied price points depending on how thoroughly you want to be with your process.

Cold-brewed coffee is not the same, while iced coffee is similar. Cold brew coffee doesn’t require heat so you can make it with store-bought coffee grounds as long as you have clean cold water, a storage vessel, and time.

If you want more control over your batches, however, you might buy one of a variety of cold brew coffee makers that store in the refrigerator or on your countertop. Also, you’ll want to look into a grinder, preferably one of the conical burr varieties, as those tend to perform better than other types:

In most cases, people will rely on a French press for cold-pressed coffee, a mason jar for immersion, or some other system to create their own cold brew. I’ve even seen really cool slow drip systems on the market as well. No matter which you choose for your batch the important bit is simple. These machines are designed to slowly immerse grounds into cold or room temperature water for an extended period of time. The outcome is a concentrate so be sure to dilute it because it’s going to be stronger than you’d think.

Another big difference between the two is their way of brewing them. This is also the main factor influencing the flavors produced by regular and cold brew coffee.

You can make hot brewed coffee in less than 10 minutes. No need to let the coffee steep for a long period of time. All you have to do is add the grounds to your coffee maker and allow it to pour hot water over the grounds.

Certainly, the cold brew requires much more patience than the hot coffee, but the wait is worth it. You will need to schedule it well in advance instead of doing it the first thing in the morning as it has to steep from 12 to 24 hours everywhere. You can find that this form of brewing brings out flavors that you never knew existed from your favorite beans. It is one of the easiest ways to drink coffee with a mix of fruity, woody, and dark chocolatey flavoring profiles. Just mix in cold water.

Hot-brewed coffee is infamous for its higher acidity, which does not appeal to people with digestive problems. This is true particularly if you suffer from heartburn frequently. Since water heat produces more chlorogenic acid, this makes the coffee much bitterer, particularly with darker roasts. You will also note that the grounds can emit a higher chlorogenic acid concentration over time because the grounds sit in water. In both forms, this is valid but the heat makes this even more troublesome.

Cold-brew, with less bite and acidity than hot, has a smoother texture. You can thank the cooler temperatures for not releasing the bitter tannins of the beans which are known to affect the bitterness of the coffee. According to this study, “all cold brew coffee treatments [tested] showed lower titrable acidity values than their counterparts for the hot brew.” The cold brew tastes less bitter than the hotter brews in terms of coffee bite. This is due to the rate of degradation and oxidation during the brewing process of coffee soluble. Your coffee will have a sourer taste when using higher temperature water, transforming the chlorogenic acid into caffeic and quintic acid.

If you’ve done some work on the differences between hot and cold brew coffee, you’ve probably learned some things about flavor, because it’s one of the main variations between them. Differences of flavors are due to oxidation.

Traditional coffee features immediately rich aromas, which is what first thing in the morning gives you the warming sensation. However, by the time you make it to the bottom of your cup, those flavors quickly disappear.

Cold brew coffee has a mild sweetness which helps to cut off the bitter components of its flavor. You’ll find the acidic remnants are crisper than bitter, too. Do yourself a favor, and at least once try it black. Many people find that the colder brew has very little bitterness, which paves the way for a smoother flavor, with a richer taste that you’re sure to enjoy, even if you’ve never had it before. One thing is for sure when compared to that, there is a difference between cold brew and iced coffee.

You can create a wide array of flavored beverages from an abundance of various flavored sweeteners to an assortment of syrups and sugars. You can even add ice cubes for various iced coffee options, or mix ice.

Everybody knows how versatile hot coffee is, just ask any Starbucks barista and they’ll throw at you a ton of menu options with enough add-ins to make your head spin!

Were you aware that the cold brew gives you more choices about the type of coffee you can make? With cold brew, you’ll find that making an iced latte is much simpler without thinking about adding ice to cool down the drink’s flavors. From your lot, you can freeze the remaining cold brew into ice cubes and use them to cool down that hot mocha. Moreover, you can heat up cold brew and use it as though it were a regular cup without having to think about flavor changes. That’s Okay! Cold, hot brew coffee is one thing. You can even make cold brew soda, which is a combination of cold brew, sugar, ice, and soda water if you’re a little more creative.

The caffeine in cold brew and hot coffee is a subject that coffee enthusiasts are constantly debating. You might have found a higher jolt than what you would get with hot coffee if you had a cold brew in the past. In fact, the levels of caffeine differ according to the type of beans you choose. There’s a difference in caffeine, with cold brew offering more caffeine than hotter beverages in fewer ounces of coffee, though it’s not too much of a difference. The 10 ounces of cold brew fluid will contain 200 to 319 mg of caffeine, according to Caffeine Informer. In comparison, hotter coffee has around 326 mg of caffeine in 16 fluid ounces.

As you know, cold brewing needs much fewer components to produce, making it the cheaper alternative. Furthermore, with the ability to create your own DIY cold brew coffee maker, you may not need to invest in any equipment other than filters and coffee grounds.

It’s also important to consider how they make the coffee makers. Traditional coffee makers have many working parts and internal components that may fail over time. This can lead you to invest over time in newer and upgraded coffee makers, hoping to achieve that perfect cup of coffee. In contrast, cold brewing is more of a manual process using simpler brewing machines that can be used by everyone in the family.

There is plenty to think about while discussing the variations between cold brew and a hot brew. There are several factors that go into making your perfect cup of coffee from flavor to caffeine content. Cold-brew and hot brew are different in many ways and people love them for their own uniqueness. In this article, we discussed the main differences between cold and hot brews and the benefits that both of the types give us. So, what are you waiting for? Just brew some and enjoy your cup!